Have respect for yourself. We all know that we need to respect others and be polite, but we never think about the fact that we need to do the same for ourselves. It’s important to have a healthy balance of feeling good about you and being a kind person. If you spend too much time feeling bad, it becomes a vicious cycle. When this happens, it can be hard to break out of the negative feelings you have about yourself.

A lack of self-respect can lead to negative thoughts about you, which can result in low self-esteem. It can also lead to irresponsible behaviour, such as poor dieting and lack of exercise, and often leads to depression and low energy levels, which makes it difficult to take care of yourself.

Why you should respect yourself

There are many reasons to have respect for yourself. First, having regard for yourself will give you the confidence that you need to be able to stand up for yourself and say no when someone is trying to push you around. Second, if you love who you are and what you’re capable of, then this will motivate you to step up your game.

Self-respect is one of the most important aspects of being a good person. We all need to take self-respect seriously and work on it from an early age. Giving oneself the right amount of respect will lead to a more confident and happier person.

When we love and accept ourselves, we give others the opportunity to do the same. Loving yourself may sound selfish, but in reality, it is selfless. When we accept who we are for who we are, then we can stop comparing ourselves to others, which can lead to low self-esteem and a loss of self-confidence. We cannot expect from others what we don’t already have from ourselves.

There are many reasons why people don’t respect themselves. Maybe they were raised by parents who didn’t treat them well or maybe they keep repeating the same mistakes over and over again. Sometimes, people are so busy trying to please others that they neglect themselves. Whatever the reason may be, it has a negative effect on both the individual and their relationships with other people. It’s important to have self-respect because, without it, you will never truly feel happy or satisfied with your life.

It’s hard to carry on a healthy relationship with others if you don’t have love for yourself. This is because those who feel good about themselves are more likely to feel good about those around them. In order to make this come true, it is important to respect yourself first and foremost. Even if you don’t think you deserve the best of everything, give yourself at least one thing that you love about yourself.

You deserve to be treated with respect. Every person deserves respect and dignity. If someone is not respecting you, walk away. Allowing yourself to be mistreated can make you feel like less of a person. By respecting yourself, you say that your feelings matter and your voice is important. Don’t let anyone make you feel like less than the person you are.

It doesn’t matter if you’re rich or poor, white or black, male or female, gay or straight; you should be able to respect yourself for who you are. You need to know that you deserve the same quality of life as people that are in better positions than you. You should feel like your life is worth something. Respect yourself by making important decisions about your personal health and mental wellbeing.

Many people don’t realise that self-love is just as important as loving others. It isn’t selfish to love yourself and while you should never go out of your way to be unkind to others, we all need to learn how to respect ourselves and what we deserve.

People who suffer from low self-esteem tend to lack the confidence and won’t necessarily stand up for themselves or what they believe in. You deserve respect, so why not give it a try? 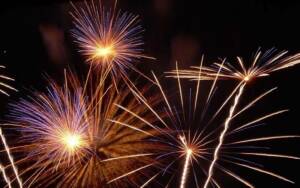 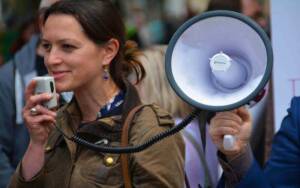