How red sorghum can lead to a healthy lifestyle. Red sorghum, also called red grain sorghum, is a cereal grain grown in East Asia and Africa. Although similar to other grains, red sorghum is often not hybridised with other crops.

What can it be used for?

In recent years there has been an increased interest in the health benefits of red sorghum as a substitute for foods with gluten or wholegrain content.

It can be ground into flour for gluten-free baking or used to make porridge. It can also be used as a fermenting agent in the production of wine. Additionally, it can stop the growth of mould and fungi on food products.

This grain can be found as whole or cracked grains as well as flour and flakes. It comes in various colours including red, purple and black.

This grain has become popular in China over the last 50 years due to its health benefits. In Asia, sorghum is a staple food for breakfast or as a drink mixed with water, sugar and ginger.

Today it is grown in the United States with acreage increasing by 4% since 2013. This grain has the potential to provide the world with an American-made feedstock that can also serve as an ingredient in food products, biofuels and animal feed across the globe.

What are its health benefits?

This grain is abundant in minerals including calcium, magnesium, potassium, phosphorous and thiamine. It has been shown to strengthen the immune system and its seed extract can help with weight loss.

It naturally lowers blood sugar levels and insulin resistance without the use of any chemically derived substances. Red sorghum may also lower cholesterol and increase heart health.

Red sorghum can also be a great substitute for sugar in some recipes. In fact, most consumers cannot detect the taste difference between sugar and red sorghum when used in baking or cooking.

It is known to be a healthier alternative to sugar due to its glucose content which is lower than sucrose. Plus, it’s cheap and easy to use! 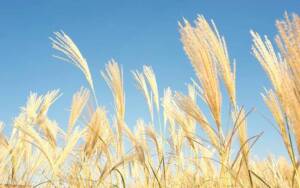 Weetbix: the breakfast of champions!