Cinnamon is a spice that can do wonders for your health and well-being. It has been used for thousands of years and has many health benefits. It is made from the inner bark of trees called Cinnamomum.

Cinnamon is often used for flavouring in coffee, cake, and other baked goods. It can also be used in beverages and can be added to make a wonderful aromatic tea.

7 powerful health benefits of cinnamon are listed below:

Consuming too much cinnamon at one time can cause breathing difficulties, shakiness, anxiety, liver damage, increase your risk of developing cancer (in the long term), fatigue and allergic reactions.

Cinnamon is also known to adversely react to some medications, such as medication that affects the functioning of the liver, so it is wise to speak to your doctor if you are currently on any medication before consuming cinnamon.

Cinnamon has a beautiful aroma, tastes delicious and can provide you with many health benefits. It is also one of the healthiest spices on Earth.

Talk to your doctor first if you would like to take cinnamon as a supplement because it can interact with certain medications, and make sure you read the labels carefully.

Other than that, enjoy consuming cinnamon in moderation and as part of a well-balanced diet!

Tumeric: A Natural Remedy for a Healthier Stomach 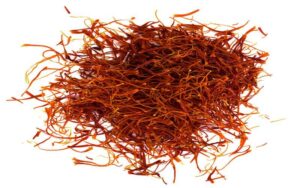