What is chlorophyll? A look at the green pigment.

Chlorophyll is a molecule found in plants that’s responsible for transforming sunlight into energy. Chlorophyll is often used as a blood-cleansing agent that removes toxic substances from the body, which has been linked to lower rates of cancer and heart disease. In addition to these benefits, chlorophyll is rich in protein and anti-inflammatory agents that have been shown to reduce symptoms of arthritis and other inflammatory conditions.

What are the benefits?

It should come as no surprise that the benefits of chlorophyll are vast. Some other benefits include, improving energy levels, increasing metabolism rate, aiding digestion, slowing down the aging process, boosting the immune system, preventing cancer cells from growing, improving moods, improving immunity against bacteria and viruses, promoting healthy skin and hair, providing nutrients to the body while detoxifying it and stimulating the production of red blood cells.

Chlorophyll can be found in many vegetables, such as spinach and broccoli. You can also purchase concentrated chlorophyll in bottles at supermarkets and health stores.

What are the risks?

Natural chlorophyll is not known to be toxic to the body, however, there are some possible risks including experiencing: 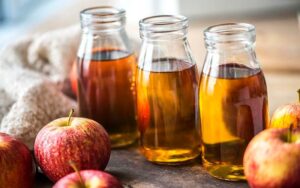